A few years ago, I wrote a news blog about my hometown, Rockland, Mass. Welcome to Rockland (aka, me) took a nice long vacation starting in 2012, basking in the beauty of having a second child, then getting cancer and getting rid of it.

In the intervening years between the last Welcome to Rockland blog post, the town has come to grips with the opiate epidemic, with deaths reported seemingly every week

As I used to do back in the heyday of the blog, I took a couple of days recently to stroll the downtown area and check things out. Sadly, not much has changed except a few more “For Lease” signs and way more peeling paint. As the town has declined, so has the health of its population, it would seem.

With a large Catholic population, Holy Family Church has been the center of many peoples’ lives. The priest, Father Hickey, is beloved by his parishioners, and has seen many families through births to deaths. The church also marks the northern entryway to downtown Rockland.

The next photo is an iconic shot of downtown Rockland, as it features two of downtown’s historic buildings and the second steeple (in addition to Holy Family) that defines the outline of downtown. There’s also the empty space of a failed restaurant that replaced a once-popular Italian eatery. 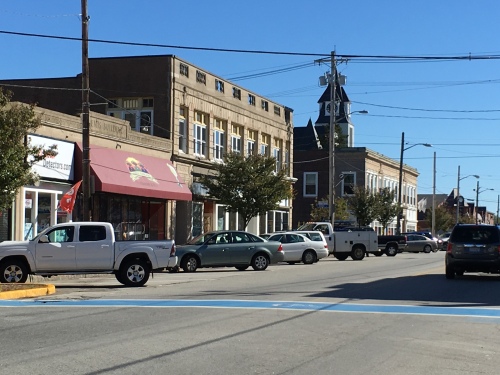 And in preparation for my larger project, I played with the photo to come up with the cover photo for the hosted WordPress blog I created, wearerockland.com. The image is darkened to the point that overlaid white text will stand out:

When I was in elementary school, I went to afterschool daycare at one of the older buildings in town, the McKinely School. The former school now serves as the town’s teen center, community center, a daycare, and hosts the town’s youth programs. The building has seen better days. 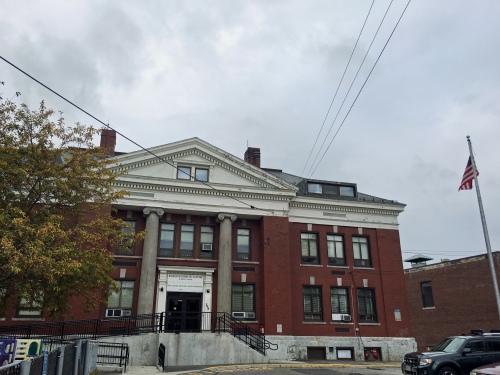 When I was a kid, Rockland has a bustling retail scene. There was a shoe store, jewelry store, a greeting card and gift shop, a music store where I took piano lessons, and much more. These days, whenever a store opens, the chances of survival are, oh, 5 percent. We have dollar stores, a tobacco store (aka, pot paraphernalia store), and random business like MetalDetectors.com. Here are some shots of the retail scene, both occupied and not: 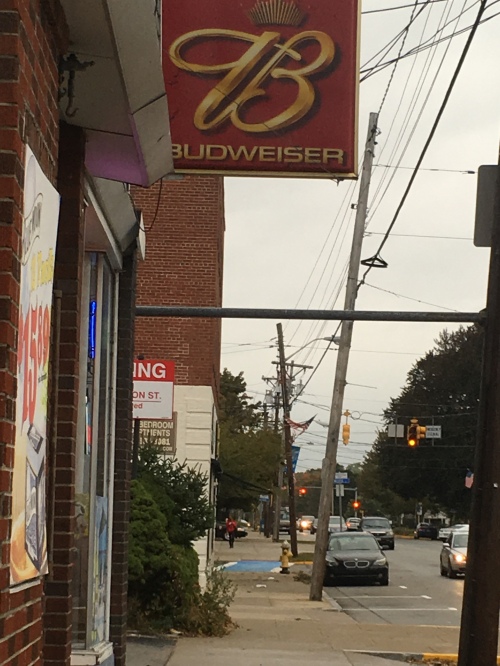 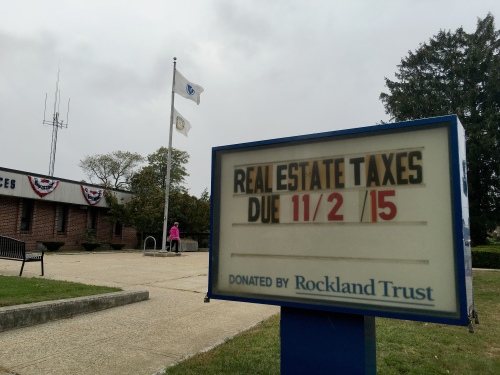 But the one shining gem downtown is our public library: 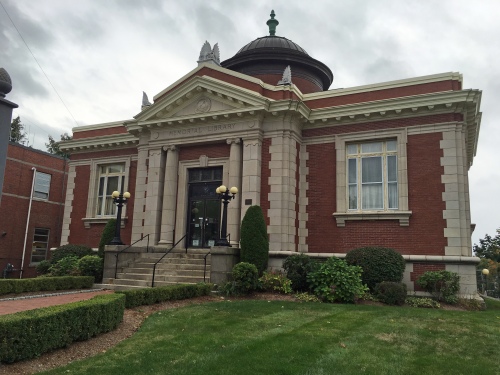 One of the ongoing gripes people have on Rockland Facebook groups is discarded syringes in public places, so I went on a journey down the Rockland Rail Trail, which I had heard was ground zero for junkie discards. I didn’t find any syringes. However, I did find the following while on a nature walk in Hanover, a wealthier town next to Rockland.

When used correctly, Suboxone is used by addicts to curb cravings and avoid withdrawals, allowing addicts to taper off of opiates slowly. Addicts also use Suboxone to bridge the gap between when they have money and drugs so they don’t get sick. And if someone isn’t used to Suboxone or opiates, he or she can get high off of Suboxone. I tend to think based on the location of this wrapper that the Suboxone’s purposes were less than savory.

And since I couldn’t find any syringes, I tapped my ex, who is an insulin-dependent diabetic. Diabetic needles are the top choice for IV drug users. I made the “heroin” mixture with chocolate milk syrup and water. 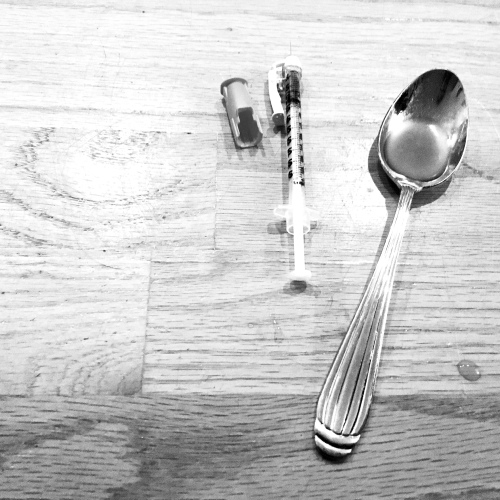